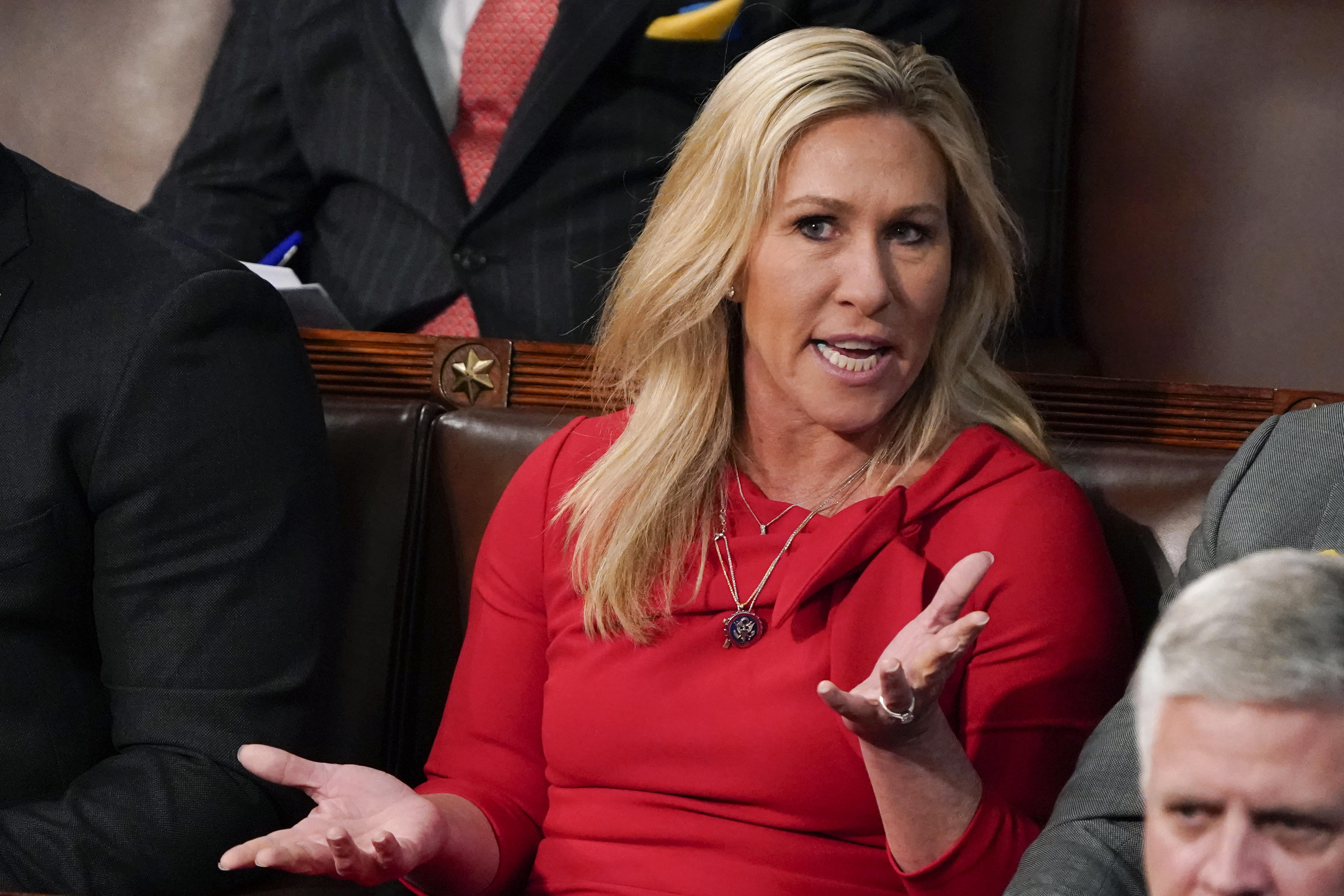 Greene, who emerged as an ally for the California Republican during his speakership fight but still holds a megaphone with the party’s right flank, is among the Republicans getting a seat on the subcommittee. | J. Scott Applewhite/Getty Images

House Republicans have tapped the members who will lead an investigation into how the government handled the coronavirus pandemic, including conservative firebrand Rep. Marjorie Taylor Greene.

Looking to flip the table on years of Democratic-led probes, Speaker Kevin McCarthy on Tuesday night named nine Republicans to the select subcommittee, including a chief in Rep. Brad Wenstrup (R-Ohio), co-chair of the GOP Doctors Caucus.

The subcommittee is likely to be at the center of a multi-pronged, GOP-led effort to investigate coronavirus policies. That’s expected to include pandemic restrictions, the origins of the virus and decisions by high-profile health officials, including Anthony Fauci, who stepped down from his post as President Joe Biden’s chief medical adviser last year.

The lawmakers “will also finally get answers to the Covid origins and the federal government’s … research that contributed to the pandemic,” McCarthy said in a statement announcing the appointments.

Greene, who emerged as an ally for the California Republican during his speakership fight but still holds a megaphone with the party’s right flank, is among the Republicans getting a seat on the subcommittee. It’s the latest high-profile boost for Greene, who was stripped of her committee assignments by Democrats and about a dozen Republicans due to her incendiary rhetoric.

But Republican leadership pledged to reinstate her to committees if they won the majority. McCarthy has handed her other plum positions, including a seat on the Oversight Committee and Homeland Security Committee. Rep. James Comer (R-Ky.) who is leading the Oversight Committee, which will house the select subcommittee, has also pledged to conduct investigations into the coronavirus and pandemic-era aid disbursed as part of several coronavirus relief bills that totaled trillions of dollars.

Democrats still need to name their own members to the subcommittee.